Maria Sharapova has only played three games since Roland Garros and was forced to skip US Open due to a shoulder injury. 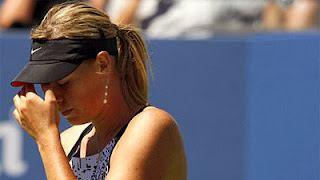 The Russian Word No. 3 played her last match in Cincinnati against Sloane Stephens and unfortunately announced that she wouldn’t play this year at Istanbul.

“I am very disappointed that I will not be able to play in the TEB BNP Paribas WTA Championships this year.  The fans in Istanbul have welcomed us each year with such intense passion and warmth. I will sincerely miss the energy and excitement they brought to the year-end tournament. I want to thank Istanbul for being a tremendous host and hope to play in Turkey sometime in the future,” said Sharapova about her withdrawal.
Posted by Unknown at 9:44 PM No comments:

Andy Murray announced this Wednesday his withdrawal from Barclays ATP World Tour Finals due to a back injury. 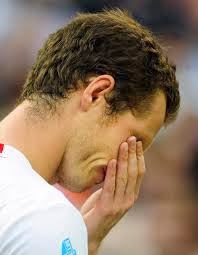 The British number 1 already missed this year Roland Garros due to a back injury and after a surgery in September was forced to announce that he wouldn’t be able to play in London this year.

“"I'm really disappointed not to be playing this year, I love playing in front of my home crowd, it's a great atmosphere,” said Murray. “All the players look forward to competing in London and I'll be doing my best to qualify again for the tournament next year."

After Murray’s withdrawal there are only three players qualified for London so far: Rafael Nadal, Novak Djokovic and David Ferrer.
Posted by Unknown at 8:54 PM No comments: 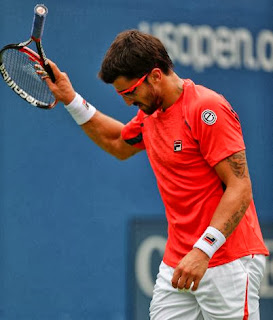 The year of 2013 hasn’t been good for Tipsarevic, the Serbian started the year as World No. 9 but is already outside top 20.  Janko has struggled with his game not being able to play aggressive from the baseline and was once again defeated today against Granollers. The Spanish is a very competitive player, not only from the baseline but also around the net. Marcel didn’t drop his serve during all match and claimed clinical breaks in both sets to take this match 6 – 4 6 – 4. 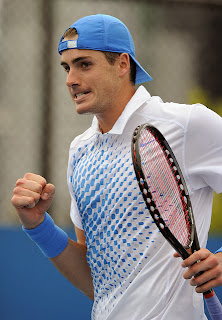 Isner is currently the 13th placed in the Race to London and still looks to qualify after a good summer. The American No. 1 faced Santiago Giraldo and the Colombian showed all his quality on return breaking Isner serve and taking the first set 6 – 4. Isner raised his service level and tried to be more aggressive in the return with his forehand, Big John had 0 – 40 on Giraldo serve when the Colombian was serving at 4 – 5, however Santiago managed to save all set points. This set seemed to go into a tie break, but John fired some good forehands once again and this time was able to break Giraldo to level the match at 1 set all. The third set was once again all about the serve, John was looking to have things under control but at 4 – 4 he faced 0 – 40 situation, however the serve saved his skin and at 5 – 6 Giraldo served a double fault at match point giving Isner a place in next round.
Posted by Unknown at 1:56 PM No comments: 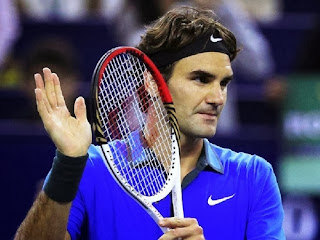 This was the first game of Federer after his disappointing performance at US Open where he was surprised on the fourth round against Tommy Robredo.
The former Olympic doubles champion played his second tournament of the year in doubles and pulled off an outstanding performance with Zhang. The Suisse-Chinese team dismissed Kevin Anderson and Dmitry Tursunov by 6 – 2 6 – 1 not dropping their serve during all match.

Posted by Unknown at 1:27 PM No comments: 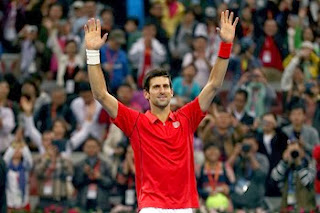 Djokovic was looking for his fourth straight title on four appearances at Beijing in his 38th meeting against Nadal. The Spanish struggled against Fabio Fognini in quarter-finals and was very close from elimination. In semi-finals the US Open champion saw his opponent Tomas Berdych retires due to a back injury.

Nole started the match with confidence getting an early break and digging a 3 – 0 lead, the Serbian ball was very deep and not allowing Nadal to hit his forehand top spin forehand as he likes. Both players held serve from that point on and just after 35 minutes Djokovic closed the first set with a forehand inside-out winner.

The second set started with a very close game on Nadal’s serve and after a huge rally Rafa missed the drop shot giving Djokovic the break lead. Nole’s serve was just too strong today, the Serbian didn’t face a single break point all match and only lost 6 points on his service games.  With a service winner Djokovic claimed fourth Beijing title keeping his undefeated record in China Open.
Posted by Unknown at 3:02 PM No comments: 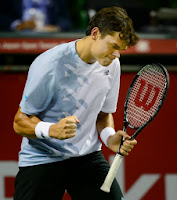 Raonic was looking for first career victory over Ivan Dodig, the Canadian lost the two previous matches on Barcelona’s clay and this year at Eastbourne grass.  Raonic showed some outstanding service game levels and took a first close set in the tie break losing only 2 points on his first serve.  Dodig wasn’t able to keep his game level and was destroyed by Milos in the second set, the 2012 finalist Raonic returns to Tokyo’s final after dismissing Ivan Dodig 7 – 6 6 – 1.

The 2008 finalist Juan Martin Del Potro was trying to return to the decisive game in Japan’s capital. The Argentinean started strong getting a break in the opening game after an outstanding inside-in forehand winner. DelPo had chances for double break in the third set, but Nicolas Almagro managed to hold his service game and in the following game recovered the break with a delicate backhand crossed volley. Both players held serve until the tie break where Del Potro emerged victorious 9 – 7. The second set was all about the serve, no break points during all set and once again a tie break was needed, but this time the former US Open champion was too strong taking this breaker 7 – 1 with a service winner.
Posted by Unknown at 5:30 PM No comments:

Tomas Berdych retired from his match against Rafael Nadal allowing the Spanish to regain the number one spot. 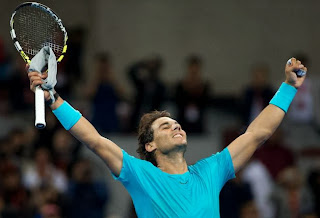 Nadal has played at an outstanding level since his return on February with a remarkable 65 – 3 record so far. Rafa reached his 13th season final after Berdych retirement from the match because of a back injury.

Nadal was very happy about his achievement: “This is a great year, one of the best years of my career without any doubt. It sure is special be back to the top position of the rankings after more than a half year without playing tennis.”

About his great comeback, Nadal emphasizes all the hard work he had to be back where he is now: “At the end, it's just a number... What makes me happy is everything I did to be back where I am today."
Posted by Unknown at 11:08 AM No comments: